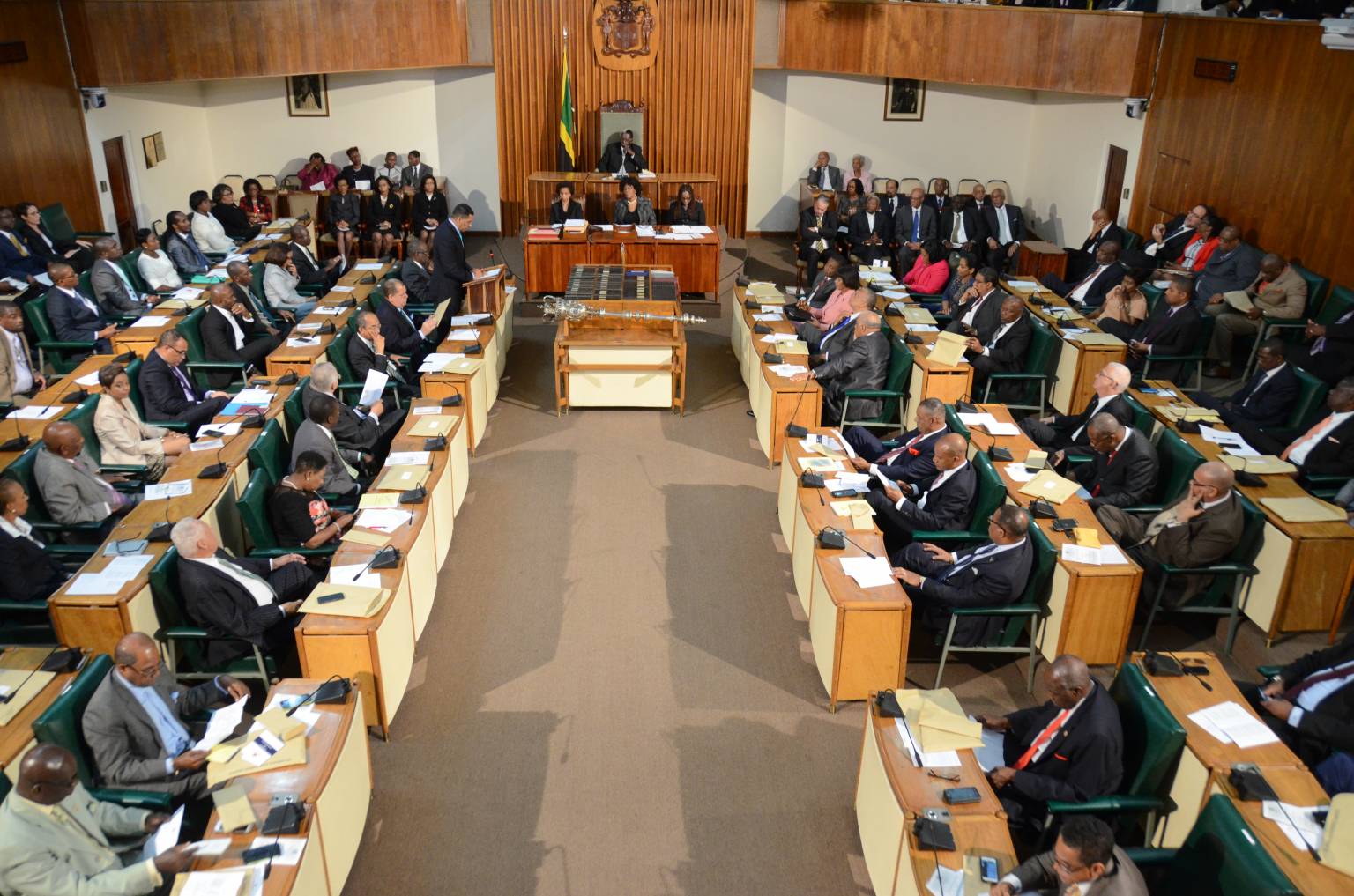 Why We Need to Pray

Jamaica’s parliament is going to hear testimony tomorrow, Wednesday April 10, 2019, from both sides of the abortion fence to vote on making abortion legal in the cases of rape and incest.

“By saying we should make abortion legal in the case of rape and incest, we are aiding the pedophile in covering up his abuse by forcing his pregnant victim to abort.“

Abortion is currently only legal in Jamaica (and all the Caribbean islands) to save the life of the mother. This is important because whatever Jamaica does, all the other islands follow. Even though it is illegal, there are about 22,000 abortions there annually, at some of the highest rates around the world. It is never, however, punished by law, though it would be a life-sentence for the mother if it were.

What Are Your Beliefs Based Upon?

I know that not everyone reading this believes abortion is a bad thing in the cases of rape and incest. I can assure you that I used to feel that way myself. I, like so many of us, saw this as a gray area. But I implore you to read to the end before you close this article and continue believing something just because it sounds right on the surface.

Jamaica, as a country, has held to valuing and honoring the sanctity of human life up to this point. It is Satan’s agenda to stop this honoring of life.

Western culture has deceived many Jamaican people into believing that abortion is a valid solution to any pregnancy. This makes Satan very happy.

First, it’s okay for rape and incest, then it’s okay anytime up to birth, like the good ol’ USA. It’s the slippery slope at its most devious.

Hope and Grace International Inc does not get personally involved on the political side of abortion as we don’t feel the battle will be won there but in the church. But when it comes to standing for the life of fellow-image-bearers, our Creator God calls us to choose life and condemns the taking of innocent life.

If we do not speak truth into our culture about this very basic thing, then we become complicit in the taking of life. Evil happens when good people do nothing.

Since the majority of abortions in America (and my guess is many countries) are done on women who claim to be Christians, our silence in the church is most disturbing of all.

While we will not engage in lobbying, we will educate you from a biblical worldview and let you decide how it challenges the worldly worldview that Christians frequently take on.

But Shouldn’t Abortion be Legal to Prevent People from Dying in Back Alley Abortions?

Now, if you know me, you know I’m one of “those” Christians who exercised her legal right and had an abortion. Twice. I did it without knowing how destructive it would be.

But the destruction it caused in my life as in millions of lives, and God’s saving grace, is the reason HGI does what we do. We equip the church to address this issue redemptively.

If I say I feel abortion should be legal for those who want it, then I am giving my consent that millions of lives don’t matter. So, I speak the truth when I have opportunity.

No, I don’t feel it should be legal, but the fact is people are going to do it whether it is legal or not. Jamaica is a good example. And that is how we know that the battle will not be won by simply changing laws. It will be won by spreading Christ’s hope and grace in our culture of death and thereby allowing the Holy Spirit to change hearts.

Women were getting abortions in America long before Roe v Wade came along. Our nation just made it “okay” by making it legal. Many Christians went along with it because we believed the lies that tens of thousands of women were dying in illegal back-alley abortions. But here is the truth from my book.

FACT: Bernard Nathanson was a medical doctor and abortionist in the sixties and early seventies. He was also the co-founder of NARAL (National Abortion Rights Action League) and a champion of “women’s rights.” Their public stance on abortion before it was legal in the United States was that five thousand to ten thousand women died every year from illegal abortions. However, after the invention of the ultrasound in the 1970s, Nathanson realized the atrocity of abortion and immediately changed his views. After that, he admitted that those figures of women’s deaths were simply invented to promote the abortion rights cause.[1]

I imagine that abortion lobbyists in Jamaica are making up the same kinds of false statistics to make it seem like making abortion legal will make it safer.

The same doctors who perform abortions illegally now will perform them if they become legal. Plus, abortion will never be safe for the baby nor for the mother emotionally.

But Shouldn’t Abortion be Legal in Cases of Rape and Incest?

Even as a “pro-life” person, I used to think that abortion should be legal for rape and incest. But as I’ve studied this subject over the years and taken a step back from what common beliefs are to see how God feels about it, I’ve changed my mind.

And that’s the part we tend to overlook.

I have led women through healing from abortion trauma over the past 30 years. I can assure you that abortion trauma stands among all the biggest traumas you can think of.

I know women who have experienced rape and incest, which are terrible and unspeakable, and have received much therapy to recover emotionally. But abortion is its own kind of trauma, also terrible and often unspeakable. A stand-alone trauma. And these same women seek healing for it because it often leaves a darker cloud than these other traumas.

Surely that is not correct! But it’s true.

Why is that, you ask? First of all, rape and incest are offenses done to a person. They are acts committed against another person, not something for which the victim had a choice.

Abortion is all mixed up in choice. Though the majority of women are coerced or feel forced into abortion, both sides of the debate call it “choice.”

In reality, many women don’t feel they truly have a choice. And in the church, what choice do we actually give women in crisis pregnancies? Either 1) remain pregnant while we judge you and give you no support, or 2) oh sorry, you only have one choice. Then, we issue a blanket judgment on all who “choose” abortion. We judge the mom either way. Some choice.

And either way, the mom still played a role. Even if she was forced, she often feels responsible and regrets it deeply.

The second reason abortion trauma is often bigger than these other traumas is that this one involves another life. The life of another human. The offspring of not only the abuser but the victim herself. The mom’s DNA.

Not just the rapist’s child. The mom’s child. A fellow image-bearer.

Culturally, we flippantly issue a decree that an abortion should happen after rape or incest. Don’t we automatically assume that’s what the victim should do? If not should, at least it’s more understandable.

The second trauma does not in any way remove or relieve the first trauma. Folks, we cannot kill our own children and expect no consequence. Why are we fighting for the “right” to become more traumatized?

We need to speak to this in our culture. Often, women who conceive by rape find that giving birth to the child helps to heal the trauma of rape.

If you think about it, if a man molests his own daughter, he’s got to keep that a secret. As a result, in most cases like this where there is a conception, he will force the trauma of abortion on her. And we, as a culture, are helping him do that by saying abortion in the case of incest is okay.

Abortion in the case of pregnancy due to incest helps the abuser get away with his crime. But it further traumatizes the victim. Who’s side are we on?

I Wouldn’t Have an Abortion, But I Would Never Tell Someone Else They Can’t Have One

Here is another statement I’ve heard Christians say. It sounds quite thoughtful and understanding. Her body, her choice.  Live and let live. I mean, live and let die.

If I feel this way I’m saying that the pre-born child doesn’t matter as much as the woman. I’m also saying that the trauma she is about to experience is not a valid part of the argument. That she does not have the right to be informed of the dangers.

How long till we are so calloused that we feel it’s okay to say, “I wouldn’t kill my own toddler, but I would never tell someone else that they can’t kill theirs.”?

We’re already allowing babies born alive after an abortion to die. We’re already killing Downs Syndrome babies before they are born and even allowing some who are born to die. We do prenatal testing to determine possible birth defects and routinely kills those who are not “normal.”

Are any of us truly normal? Believe me, we’ll continue down this slippery slope until we numbly join the next holocaust where your life is no longer valuable as a Christian.

We didn’t get to this point overnight, but because Satan has been systematically picking us off, one “less valuable” member of society at a time, until none of us see the value in every one of us.

Could this be why, when I asked my teenage granddaughter if she believes she is valuable as a person, that she looked me straight in the eye and said, “No, I don’t.”? I know for a fact that her parents and grandparents have poured love into her all her life!

So why does she feel she lacks any value? Millennials were the first generation to be completely optional, and thus the generations to come as long as we don’t start speaking Truth on a grand scale!

Let’s be people of the Truth. Let’s start speaking it and supporting those whose consciences have not been seared as we have allowed ours to be.

In what ways do you think differently now about these common arguments?

Joni Williams Shepherd is the Executive Director of Hope and Grace International and author of two books that help equip the church to address abortion with hope and grace. To start the conversation, Memoirs of a Christian Who Chose Abortion gives perspective of a the journey of a fellow Christ-follower who lost two children to abortion and found redemption and healing through repentance and the grace of God. Why Can’t We Say the “A” Word in Church? (Overcoming Our Dirtiest Secret with Hope and Grace) contains the stories from Memoirs in less detail, along with The Scenario of abortion and its ensuing trauma in the world and the church, The Dilemma the church faces in addressing abortion, and The Remedy for how to address abortion in the church comprehensively and with compassion.