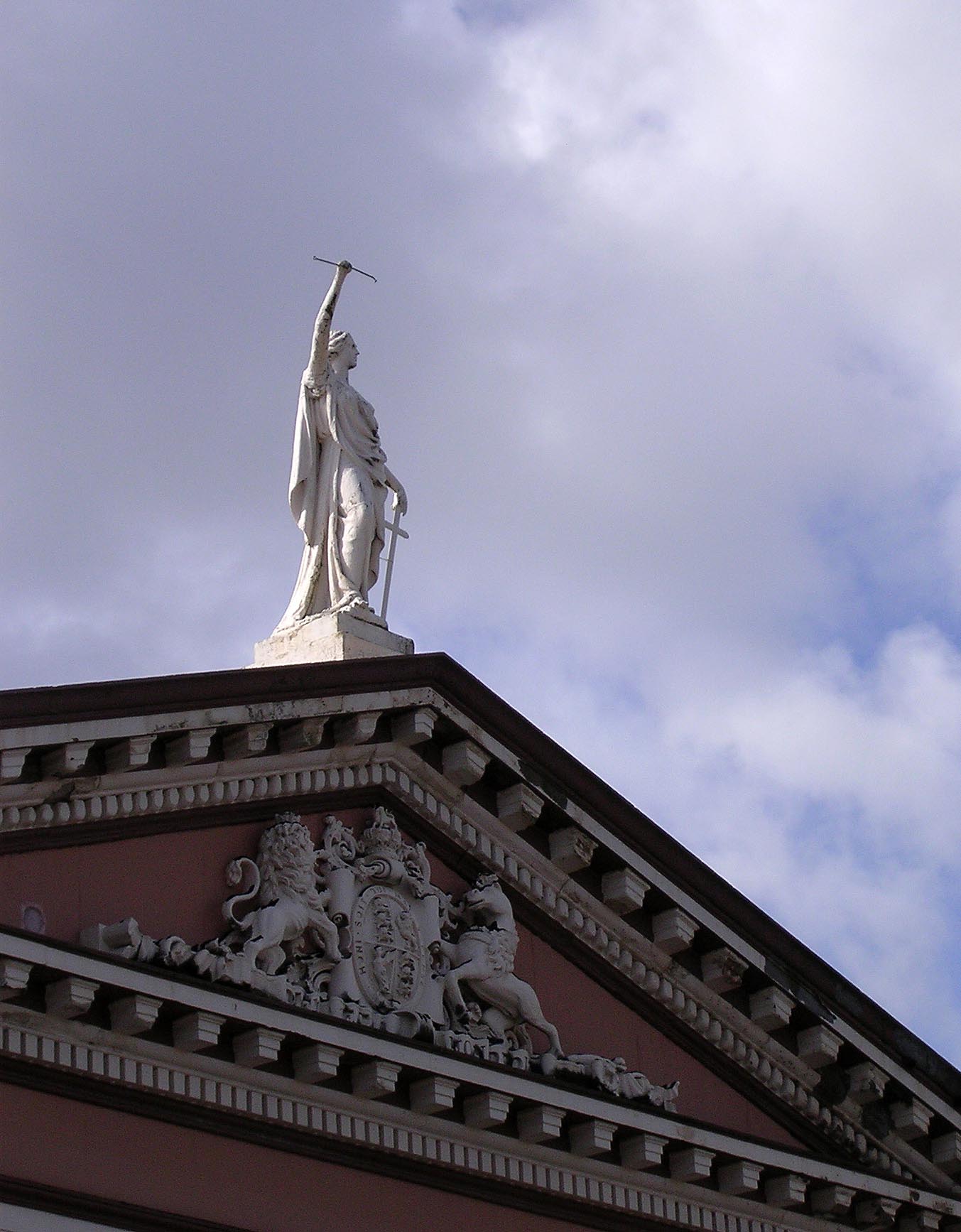 It's a Hostage Situation

We grieve and are angry over the loss of life from abortion and say things like “I can’t believe anyone would do something so despicable,” because the only ones we hear about are the very vocal minority who appear to be proud of aborting their babies.

When Jesus had raised Himself up and saw no one but the woman, He said to her, “Woman, where are those accusers of yours? Has no one condemned you?” She said, “No one, Lord.” And Jesus said to her, “Neither do I condemn you; go and sin no more.”

We fail to see that the majority of women who abort do it out of extreme pressure and fear and feel that they don’t have any support for choosing life. They lost their babies out of the deception that abortion would solve a problem. And then they must live with this horrible secret, thinking that it is the unforgivable sin. When we judge them unmercifully, we are the ones committing an unforgivable sin because Jesus said if we do not forgive others for their sins, He will not forgive us for ours.[1] Judge and you will be judged in the same manner.[2]

Instead of judging them we should be grieving with them and giving them a safe place to confess and heal and experience God’s forgiveness and redemption – the working of this horrible evil for good! We are all sinners, and we all need such a safe place.

When I shared with a new friend about my work, and I said that I lost two children to abortion, this precious Roman Catholic woman responded, “I am so sorry you had to go through that!” Oh, that we would all respond this way to women who have lost children to abortion instead of judging their sin as worse than our own!

There is therefore now no condemnation to those who are in Christ Jesus, who do not walk according to the flesh, but according to the Spirit.[3] This is hard enough for a post-abortive woman to accept without feeling additional condemnation from the body of Christ. In order to get ready for abortion to be illegal, and even now while laws in some states are tragically liberal, we must begin to see the trauma that abortion causes women. I believe this trauma is often worse for Christians because they know God and they have participated in taking the life of their own child.

When the church is doing good things, like fighting politically to end abortion, we are simultaneously triggering this trauma in an untold number of people in our congregations. When this type of secret trauma is triggered, we are unknowingly causing deep pain in individuals who do not know of any place to share their pain for fear of judgment. We need to understand the tactics of the devil and fight him where he is causing the most damage. While we fight abortion through legislation, we must simultaneously reach out to the wounded in our congregations so that we are not the cause of more damage.

When the enemy puts fear of man and circumstances into a woman’s heart, making her think that abortion is her only choice, it is a hostage situation. After her abortion, she remains hostage to shame and misplaced fear that keeps her secluded. While we fight abortion in the world, we cannot neglect the hostages! Bringing them out of captivity will require discernment, gentleness, and truth. We disable the enemy’s grip by identifying his dirty lies and by walking the woman out of them with truth in love. Only trustworthy warriors can do this without causing the hostage additional harm.

We must become trustworthy by being aware of the hostage’s plight.

When a counselor or pastor asks the question, “Have you ever lost a child to abortion?” that is often the first step in freeing a hostage. In this situation, the enemy loves the “don’t ask, don’t tell” policy because most of his hostages to abortion trauma will not tell unless asked. Abortion trauma can affect many areas of a woman’s life, though denial may keep her from recognizing its tentacles. A counselor friend who added that question to her intake form has been amazed at how impactful it has been for her clients who would not otherwise bring up the topic! Women and men who have been impacted and taken hostage by abortion desperately need a warrior willing to breach the walls of their confinement with such an appropriate question.

What is Involved in Releasing a Hostage?

We must be the ones who start the conversation. Pastors, ministry leaders, counselors, and friends. We must become a safe haven, or safe house, if you will, where men and women struggling with abortion trauma can heal. Satan is not nearly as afraid of a law changing as he is of people being healed and freed and hurling him down by the blood of the Lamb and the word of their testimony!

To release a hostage, they need to first understand three things. Repentance, forgiveness, and redemption. Allow me to explain.

Repentance can be a scary word. It has connotations of “have-to’s” and humiliation for some people. But repentance is actually a wonderful gift that God has given us to bring us back into relationship with Himself after we have sinned. The wages of (ALL) sin is death. It is all worthy of God’s wrath. When we repent, we are released from that wrath and instantly forgiven.

So, what is repentance? It is simply agreeing with God that we sinned and confess that sin to Him.[4] It is also being willing to confess it to other believers. James 5:17 says, “Confess your sins to one another and pray for each other so that you may be healed.” (NIV, Emphasis mine) In addition, epentance is going the other direction, away from the sin, including the self-recrimination. It is taking our eyes off ourselves and our sin and putting them on Jesus. The enemy hates it when we are freed from the captivity of our sin and guilt. He tells us that repentance isn’t enough. But, because of the blood of Jesus shed for us, for our part, it is enough!

What is forgiveness? God’s forgiveness means that He no longer holds our sin against us. Jesus did the work of forgiveness before we even thought of sinning, knowing the hideous things we would do. Jesus died on the cross, paying the penalty (wages) of our sin on our behalf. In the heavenly court, Satan is the accusing prosecutor, telling God that we deserve to go to hell. Jesus, our Advocate stands up and points out to the Judge that He already paid the price for our sin by shedding His blood on our behalf. He points out that we are covered in that blood and the Judge hits His gavel and says, “This person’s sin is forgiven. Case closed!” His forgiveness is so complete that He casts our sin into the depths of the sea![5]

But the Accuser hates it that we are forgiven and released from our shame, so he tells us there is another hurdle we must cross. “You have to forgive yourself.” This is a lie from the pit of hell. It is nowhere in the Bible and it keeps men and women as hostages. Of course, we hurt over our sin, and we regret it because we are human. We will never feel that the sin was okay because it was not. So, many women struggle with not being able to forgive themselves. Thinking we need the extra step of self-forgiveness makes us doubt that what Jesus did was enough. This is called unbelief. Even if we took our own lives, we could not pay for what we did. Only our Savior can do that, and He did do that once and for all!  Speaking of the New Covenant that God made with His people, Jesus said, “‘Here I am, I have come to do your will.’ … And by that will, we have been made holy through the sacrifice of the body of Jesus Christ once for all.”[6] (Emphasis mine) Our job is not to figure out how to forgive our ourselves, but to accept that God's forgiveness is enough.

We must help womenunderstand the lie they are believing and that this is a problem of unbelief not of a need for self-forgiveness. What Jesus did on the cross was certainly enough! When our eyes are on ourselves and our inability to forgive ourselves, it is too much, and we hold the sin against ourselves. But who are we to do that when Jesus released us of the debt? It keeps our focus on us and not on Jesus. Satan likes that very much. We not only refuse to receive His costly forgiveness, we are throwing it back in His face when we say, “I can’t forgive myself.” We must put our eyes are on our Redeemer and allow Him to redeem our sin.

What is Redemption? It means deliverance, rescue, atonement, recovery! Eternally, it means that we don’t have to pay the penalty for our sin by spending eternity in hell. Regardless of what we have done, we get to spend eternity with Jesus and all of God’s family! Moreover, in our time on earth, He will work that sin for our good[7] and His glory! He will use it to conform us into the image of His own Son. He predetermined this in advance, called us, justified us, and glorified us! [8]

But the enemy hates that we are redeemed so he tells us we have to be quiet about our sin, especially something so shameful as abortion. He wants us to forget that with our repentance we are forgiven and redeemed. He tells us “No one can know!” Because he knows that once we tell, that is when God begins to use it for good in our lives and in the lives of others. He will also use it to reveal His glory in us![9] That, my friend is the beautiful picture of redemption.

And that is why we need to free the hostages – for God’s glory! When we can do this, along with preventing the enemy from taking more hostages by caring for moms in crisis, we will be ready for abortion to become illegal. And we will be ready to bring God glory regardless of existing or upcoming changes in the law.

Joni Williams Shepherd is the Executive Director of Hope and Grace International and author of two books that help equip the church to address abortion with hope and grace. To start the conversation, Memoirs of a Christian Who Chose Abortion gives perspective of a the journey of a fellow Christ-follower who lost two children to abortion and found redemption and healing through repentance and the grace of God. Why Can't We Say the "A" Word in Church? (Overcoming Our Dirtiest Secret with Hope and Grace) contains the stories from Memoirs in less detail, along with The Scenario of abortion and its ensuing trauma in the world and the church, The Dilemma the church faces in addressing abortion, and The Remedy for how to address abortion in the church comprehensively and with compassion.